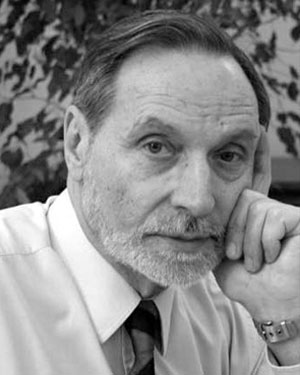 László Bitó was born in Hungary in 1934. He was deported from Budapest with his family in 1951 by the Muscovite dictatorship that took over the country after the war. In ‘54 he was forced to work in a coalmine, where he became a local leader of the revolution of ’56. After the revolution was crushed by the Russian army, he had to leave Hungary and was granted asylum in the United States where he won a scholarship at Bard College where he earned his B.A. in the pre-med program. He received his a Ph.D. in Medical Cell Biology and Biophysics from Columbia University where he began his scientific career in 1965. He published more than 150 scientific papers in the field of brain and eye research. His studies on the control of the intraocular microenvironment and pressure led to the development of Xalatan, the drug that has saved the sight of millions of glaucoma sufferers.

In collaboration with Dr. Paul Kaufman, he also made important contributions to our understanding of the mechanism of ocular accommodation and the development of presbyopia. Dr. Bitó received many awards including the highest recognition in the field of eye research, the Proctor Medal (2000), and from Columbia University the Award for Distinguished Achievement (2004). The President of Hungary awarded him the Order of Merit of the Republic of Hungary, Commander’s Cross with Star in 2004.

Upon retiring from Columbia University as Emeritus Professor he returned to Hungary and to his first love of writing. His reinterpretation of the Biblical story of Abraham and Isaac raises the most fundamental question of whether Ábrahám was ready to kill his son because he heard the voice of God, or believed that he heard the voice of God because he wanted to kill Sarah’s son, Isaac, to be able bring back his firstborn out of Hagar, Ismael, whom Sarah made him to exile into the wilderness, so he would not share Isaac’s inheritance. This novel brought Bitó literary success in 1998 and was adapted to the stage. Of his 15 nonscientific books — novels, essays, and three anthologies of some of his more than a hundred newspaper and magazine articles several became bestsellers — some have appeared in translations in half a dozen European countries. Besides some articles and short stories, one of his books, The gospel of anonymous /Absolving all men of the most hideous crime of deicide/ has recently been published also in the United States. In his book on Euthanasia, (in German translation: Die kunst des schönen sterbens) he introduced the concept of Eutélia that instead of “good death” means “good end” advocating the establishment of a new institution and profession, that assist in all aspects of our last journey in which euthanasia plays only a minor role, if needed, at all. Based on this new concept he produced a five part TV series that has been shown many times.