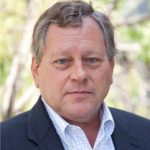 Webster Cavenee, Ph.D.
Dr. Webster Cavenee did his graduate and postdoctoral training in cell biology,
biochemistry and human genetics. He received his PhD with honors in 1977 from the
University of Kansas Medical School and then did postdoctoral work at the Jackson
Laboratory, the Massachusetts Institute of Technology and the Howard Hughes Medical
Institute at the University of Utah. He has held faculty positions at the University of
Cincinnati and McGill University (where he was the Founding Director of the Ludwig
Institute for Cancer Research, Montreal Branch). From 1991-2015, he was Founding
Director of the Ludwig Institute for Cancer Research, San Diego Branch and
Distinguished Professor of Medicine at the University of California at San Diego. Since
2015, he has been the Director, Strategic Alliances-CNS of Ludwig Cancer Research with
global responsibilities.
His research has evolved over the years to the interplay between oncogenic and
suppressive mutations in the genesis and progression of human tumors, particularly
those of the central nervous system, and their influence on therapeutic response. This
work involves cellular genetics, engineered mouse models, protein biochemistry and
tumor biology. Dr. Cavenee’s most recognized accomplishments are in the genetic basis
of cancer predisposition, tumor progression, oncogenic cellular signaling and the use of
genetic approaches for cancer diagnosis and prognosis. He has served on many NIH
review and advisory panels including the Boards of Scientific Counselors of the National
Cancer Institute and the National Institute of Environmental Health Sciences and
advisory boards for several NIH Cancer Center Support, SPORE and PO1 grants, as well
those of several private foundations and international institutions. He has been
President of the American Association for Cancer Research.
Dr. Cavenee is an elected member/fellow of the National Academy of Sciences, the
National Academy of Medicine, the Leopoldina German Academy of Science, the
Chinese Academy of Engineering, the AACR Academy, the International Union Against
Cancer, the American Society for Clinical Investigation and the American Academy of
Microbiology. He has published more than 375 scientific papers and received more than
120 honors, most notably the Charles S. Mott Prize of the General Motors Cancer
Research Foundation, the Albert Szent-Gyorgyi Award from the National Foundation for
Cancer Research, the Margaret Foti Award for Leadership and Extraordinary
Achievements in Cancer Research from the American Association for Cancer Research,
the Feldman Founder’s Award from the National Brain Tumor Society, the Friendship
Award from the People’s Republic of China and the Helmholtz Association Fellowship.