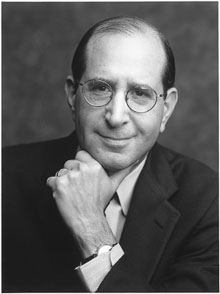 Alfred Sommer, M.D., M.H.S. is Dean of the Johns Hopkins Bloomberg School of Public Health and Professor of Ophthalmology, Epidemiology, and International Health.

Sommer received his M.D. from Harvard Medical School (1967) and his Master of Health Science in Epidemiology from the Johns Hopkins School ofPublic Health (1973).

Sommer has published 5 books and over 300 scientific articles and has chaired scientific and advisory committees of the National Institutes of Health, the World Health Organization, UNICEF, the International Vitamin A Consultative Group (IVACG), the Edna McConnell Clark Foundation, the American Academy of Ophthalmology, and the World Economic Forum.

He has received numerous awards, including the Albert Lasker Award for Clinical Research; the Pollin Prize for Pediatric Research; the Helmut Horten Medical Research Award; the Charles A. Dana Award for Pioneering Achievements in Health; the Prince Mahidol Award (from His Majesty the King of Thailand); the Warren Alpert Foundation Prize; the Joseph E. Smadel Award of the Infectious Diseases Society of America; the Danone International Prize for Nutrition; the Lucien Howe Medal of the American Ophthalmological Society; the Bristol-Meyers Squibb/Mead Johnson Award for Distinguished Achievement in Nutrition Research; and the Duke Elder International Gold Medal for Contributions to Ophthalmology.

Sommer is a member of both the National Academy of Sciences and its Institute of Medicine; is Past President of the Association of Schools of Public Health; and holds the 19th Chair of the Academia Ophthalmologica Internationalis.