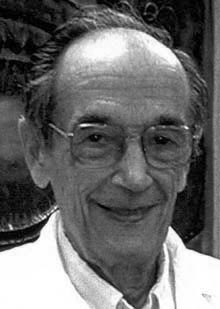 Bernard Becker, M.D., the leading glaucoma researcher and clinician of his day, didn’t immediately gravitate toward ophthalmology after graduating from Princeton University and Harvard Medical School. He was inducted into the Army as a psychiatrist, but a meeting with the great Jonas Friedenwald and an invitation for Becker to work with him put him on ophthalmology’s path.

Becker produced notable work on diabetes, diabetic retinopathy, and histochemistry before he focused on glaucoma. He advanced the knowledge of aqueous outflow, secretion, and tonography and developed the first orally administered drugs to treat glaucoma. He headed the Department of Ophthalmology at Washington University from 1953 until 1988, installing a new research-oriented residency program. Under his leadership, it became one of the most wellrespected and productive eye centers anywhere.