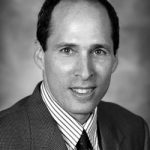 Jeremy Nathans, M.D., Ph.D.
Dr. Jeremy Nathans is a Professor in the Departments of Molecular Biology and Genetics, Neuroscience, and Ophthalmology at the Johns Hopkins Medical School and an Investigator of the Howard Hughes Medical Institute. He currently holds the Samuel Theobald Professorship at the Wilmer Eye Institute at Johns Hopkins.
Dr. Nathans earned bachelor degrees – in Life Sciences and Chemistry – from M.I.T. (1979), and doctoral degrees – a Ph.D. in Biochemistry (1985) and an M.D. (1987) – from Stanford Medical School. After one year of postdoctoral research at Genentech, he joined the faculty at the Johns Hopkins Medical School and the Howard Hughes Medical Institute in 1988.
Dr. Nathans is best known for his fundamental discoveries in basic and clinical vision research. Dr. Nathans isolated the genes coding for the human visual pigments, work that revealed the first sequences of eukaryotic sensory receptors; he elucidated the molecular basis of inherited variation in human color vision; he defined the biochemical basis of two early onset forms of inherited macular degeneration (Stargardt disease and vitelliform macular dystrophy), the most common form of retinitis pigmentosa (due to rhodopsin mutations), and the retinal vascular disorders familial exudative vitreoretinopathy and Norrie disease; and he discovered genetic mechanisms that regulate photoreceptor development, including a binary switch that controls cone photoreceptor identity. Current research in the Nathans laboratory focuses on retinal vascular biology and disease.
Dr. Nathans’ research and teaching have been recognized with numerous awards, including the Newcomb-Cleveland Prize from the American Association for the Advancement of Science, the Initiatives in Research Award of the National Academy of Sciences, the Champalimaud Award in Vision Research, and the Golden Apple Award (from the American Medical Student Association). Dr. Nathans serves on multiple scientific advisory and grant review boards and he is a member of the editorial boards of the Proceedings of the National Academy of Sciences and eLife. Dr. Nathans is an elected member of the National Academy of Sciences and the National Academy of Medicine.