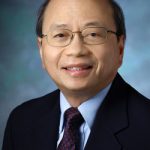 He earned a bachelor degree in Physics from Princeton University (1971) and a Ph.D. in Neurobiology (1975) from Harvard University. He did postdoctoral work with Denis Baylor at Stanford Medical School and with Sir Alan Hodgkin at Cambridge University, United Kingdom. Thereafter, he was on the faculty of Department of Physiology and Biophysics at University of Texas Medical Branch at Galveston for 6 years (1980-86), rising to Professor in 1985. In 1986, he moved to Johns Hopkins Medical School as Professor of Neuroscience (1986-Present) and Investigator, Howard Hughes Medical Institute (1986-2004) and has been there since.

Dr. Yau is best known for his fundamental discoveries in basic vision research. He made major contributions to solving the longstanding puzzle regarding the phototransduction mechanism in retinal rods and cones, thus providing a basis for understanding many hereditary blinding diseases affecting these photoreceptors. He also made many discoveries on the intrinsically-photosensitive retinal ganglion cells (ipRGCs), which have emerged as another retinal photoreceptor type mediating mostly non-image vision such as photoentrainment of the circadian rhythm and pupillary light reflex, including solving their distinct phototransduction mechanisms. He found remarkable similarities but also important differences between rod/cone visual transduction and nasal olfactory transduction, highlighting quantitative aspects of G-protein-coupled-receptor signaling. Current research in the Yau laboratory focuses on the details of phototransduction in ipRGCs.