When these research breakthroughs are fully implemented into patient care, the Foundation is confident that millions of years of lost eyesight will be saved, and that cost savings to public health and productivity will have been made for pennies on the dollar.  That is the power of the modern biomedical research era that began in the 1960’s, toward the end of Helen Keller’s life.

As the twentieth century concluded, with Time magazine naming Helen Keller as one of the century’s 100 most important figures, the Helen Keller Foundation completed its first decade of work in her name. Foundation researchers first reported a revolutionary surgery to repair the diseased macula, the human center of vision (Figure 1). Click For References 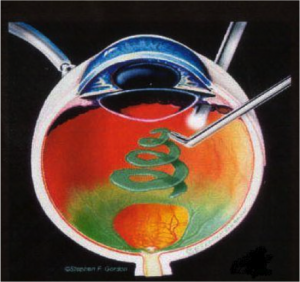 The Foundation proved that recently injured eyes with no remaining light perception (NLP) could often be surgically restored to useful vision (Figure 2), saving many eyes from being removed without benefit of exploration and attempted reconstruction. Click For References 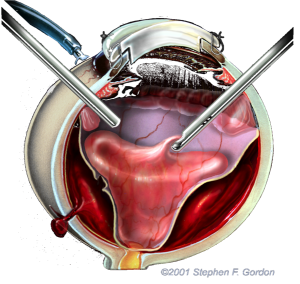 LASER CERCLAGE FOR THE PREVENTION OF RETINAL DETACHMENT

Spontaneous retinal detachment in the aging eye has plagued mankind since ancient times, producing blindness that became partially treatable only in modern times (Figure 3a). In 2002, Foundation researchers announced a laser treatment that prevented retinal detachment in high risk eyes with 98% certainty (Figure 3b).Click For References 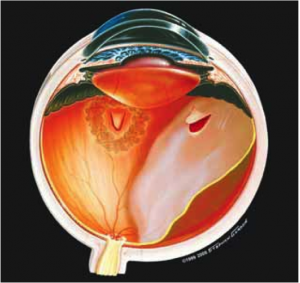 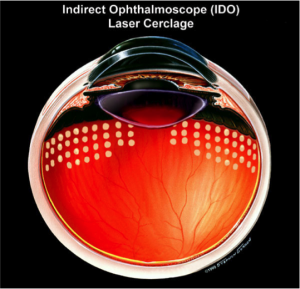 For those who have already suffered retinal detachment, the Foundation has also developed a surgical treatment that dramatically reduces scar tissue complications (PVR) in retinal detachment repair (Figure 4a and 4b). Click For References 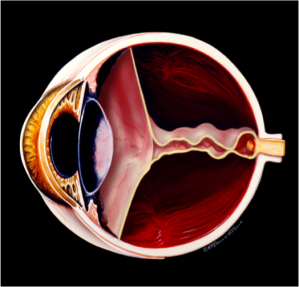 Figure 4a. Scar tissue detaches the retina, pulling it to the center of the eye.©Stephen F. Gordon. 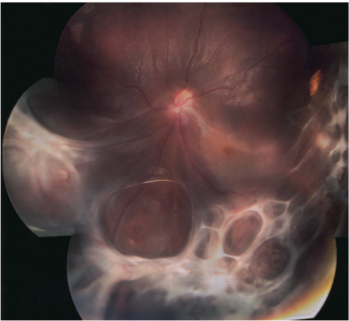 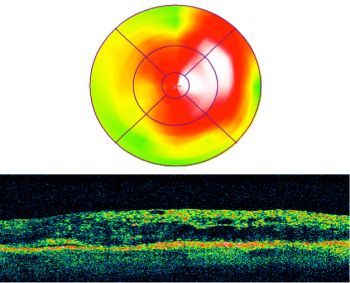 Figure 5a. Preoperative image of a swollen center of vision (macula), visual acuity 20/60. 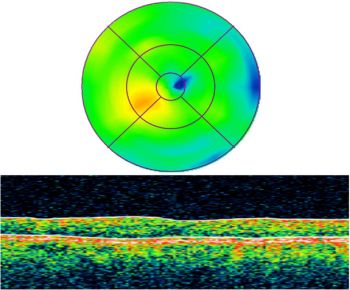 Figure 5b. Four years postoperatively, the macula is still dry and reading vision is restored to 20/20.

In 2007, the Foundation introduced the first safe and effective treatment for severe vitreous floaters to be honored by a major eye surgery society, the American Society of Retina Specialists.  We named this Degenerative Vitreous Syndrome, or Vitreous Opacity Syndrome (VOS). Vitreous Opacity Vitrectomy is now finally bringing hope to “floater” sufferers who have substantial interference with activities of daily living (Figure 6). Click For References 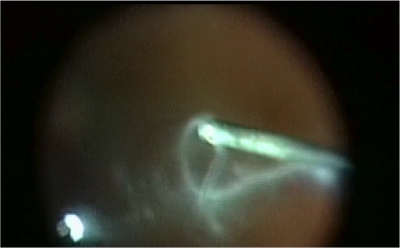 MACULOPEXY FOR THE TREATMENT OF BRANCH RETINAL VEIN OCCLUSION (BRVO)

Second only to diabetic retinopathy, Branch Retinal Vein Occlusion (BRVO), or a stroke of the retina, is the most common form of blood vessel problems affecting the eye and causing vision loss.7  The macula, the human center of vision, is severely injured in most cases of BRVO (Figure 7a).  Helen Keller Foundation researchers have developed a laser-based surgical technique that permanently cures severe macular swelling (edema) after BRVO, usually returning macular vision to near normal (Figures 7b and 7c). 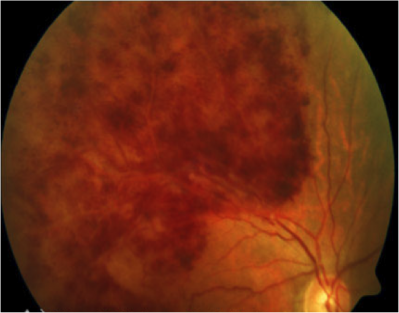 Figure 7a. Fundus image of affected retina in BRVO. 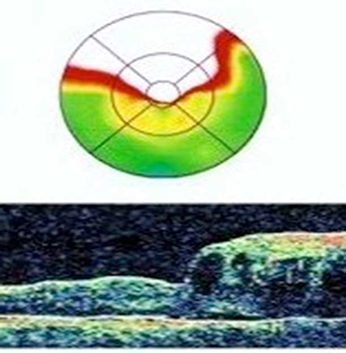 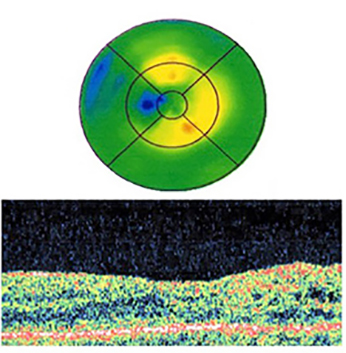 Sudden and severe hemorrhage in a patient with macular degeneration.  The Foundation’s M&M Vitrectomy quickly moves the clot out of the macula, usually restoring reading visual acuity. Click For References 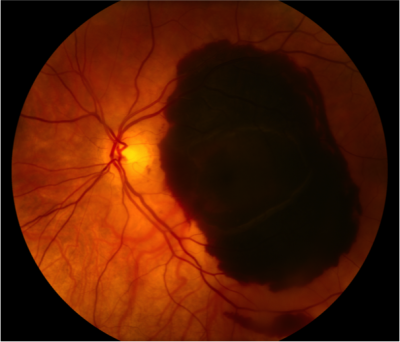 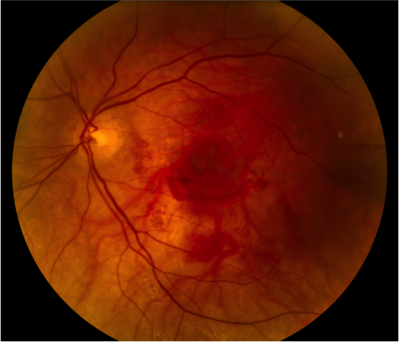 Cataract extraction is perhaps the most successful operation of all time in restoring quality of life to those affected.  But infection (endophthalmitis) can occasionally appear inside the eye after surgery, usually destroying vision within a few days if not successfully treated (Figure 9a).  Helen Keller Foundation researchers have developed a new surgical debridement technique and an associated treatment paradigm that quickly restores a clear, non-toxic environment inside the infected eye (Figure 9b). This leads to rapid and maximal vision recovery. Click For References 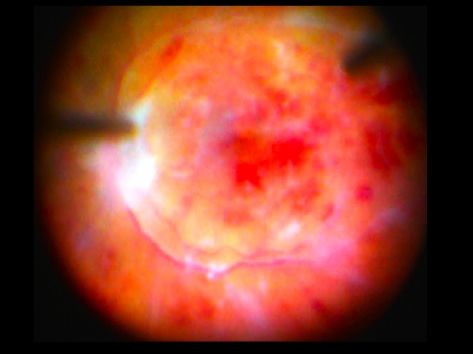 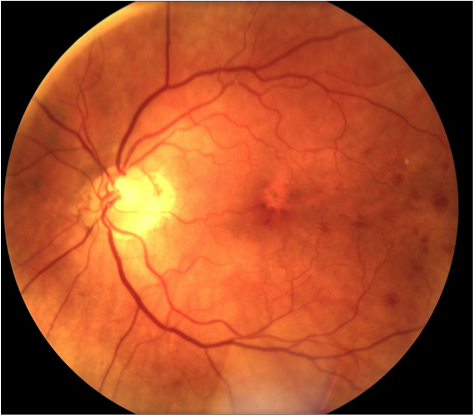