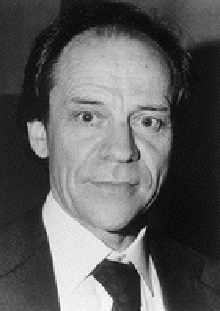 Torsten Wiesel, M.D. was born in Uppsala, Sweden in 1924. Dr. Wiesel’s father, Fritz S. Wiesel, was chief psychiatrist and head of Beckomberga Hospital, a mental institution located on the outskirts of Stockholm. He was brought up by his mother, Anna-Lisa, at the hospital and were sent by bus to Whitlockska Samskolan, a coeducational private school in the city. He was a rather lazy, mischievous student, interested mainly in sports. His election as president of the high school’s athletic association was his only memorable achievement during that period. Suddenly, at the age of 17, he became a serious student and he did reasonably well as a medical student. His curiosity about the workings of the nervous system was stimulated by the lectures of Carl Gustaf Bernhard and Rudolf Skoglund, his professors in neurophysiology.

Because of his background he was also interested in psychiatry, and he spent one year while he was a medical student working with patients in different mental hospitals. When his studies were completed he returned to Professor Bernhards’s laboratory at the Karolinska Institute in 1954 to do basic neurophysiological research. The following year he had the good fortune to be invited to the United States as a postdoctoral fellow in Dr. Stephen Kuffler’s laboratory at the Wilmer Institute, Johns Hopkins Medical School. Dr. Kuffler had just published his now classical study of the receptive field arrangements of cat retinal ganglion cells. This was an important extension of the pioneering work of Drs. Hartline and Granit, for which they received the 1967 Nobel Prize. David Hubel joined the laboratory in 1968, and the two of them decided to explore the receptive field properties of cells in the central visual pathways. This marked the beginning of their twenty year collaboration.

In 1959 Dr. Kuffler was invited to become a professor of pharmacology at Harvard Medical School, and he brought a group of young and enthusiastic investigators with him from Johns Hopkins Medical School. The effectiveness of this group of neuroscientists in research and teaching, and the foresight of Dr. Ebert, then the Dean of the Medical School, led to the formation of the Department of Neurobiology with Stephen Kuffler as the chairman. In addition to David Hubel and Torsten N. Wiesel, the original group of emigres from Johns Hopkins included Edwin Furshpan and David Potter; together with Edward Kravitz they became the original faculty of the new department. He and David now had the opportunity to continue their work in a stimulating environment. Their collaboration continued until the late seventies. In 1973 he was asked to be head of the Department of Neurobiology. Dr. Kuffler, continued his work as a University Professor until he died suddenly in 1980.